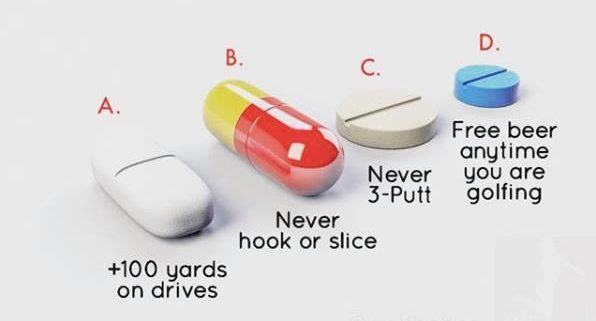 I was walking to the practice green the other day and this golfer I have never seen before finished #9 and walks toward #10 tee box. On his way he says, Hey Pro I have something to show you.  He asks me if I want to play better golf.  I said well….of course. He shows me four pills and explains each one just as the picture below informs. He says pick one! I thought for a long time. I don’t have all day Pro…trying to help you out here he says. I really wanted to go with C…. so if I have a 30 foot putt and hit it 15 feet by and know it is going in coming back….lots of side bets. I shouldn’t think that way….cant help it. Come on Pro pick it!

What would you do?

I choose but I can’t tell you which one I took. It wasn’t D. I considered it briefly…. 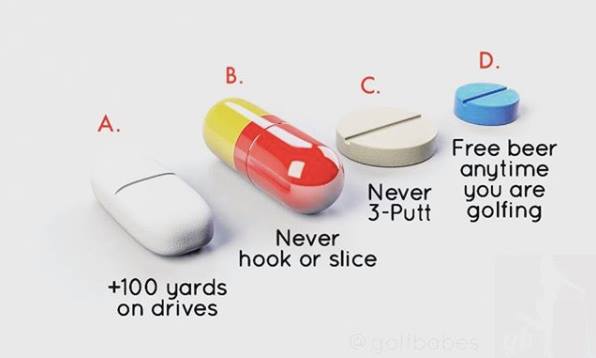 Great job Carthage Tigers! Coming together at the best time of the year. Keep it up. The Carthage golf community is with you all the way. 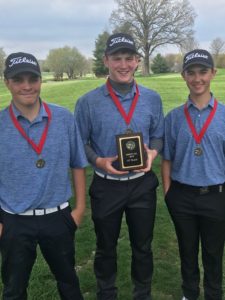 Sager fired an 80 for his day’s work in leading the Tigers to a team low score of 342 with Bryant finished three strokes back at 83.

Carthage finished 16 strokes ahead of runner up Carl Junction, which carded a 358. One stroke back of Carl Junction, in third place, was Ozark at 359.

“As a team we played fairly well today but we have played better. I started out great and was even after eight holes but I had a little hiccup on nine and triple bogeyed. But I managed to limit the damage after that and was able to come in with an 80,” said Sager. “But we’re all especially proud of Mason Bryant. He carded an 83; his best effort of the year. It was really nice to see him finish in the top ten.”

“We are proud of Mason’s effort today. He’s been struggling this year so we’re hoping this will be a breakout round for him,” said Tiger head coach Lowell Catron. “En route to his 83 he eagled one of the par five holes here at Fremont Hills and then birdied his last two.” 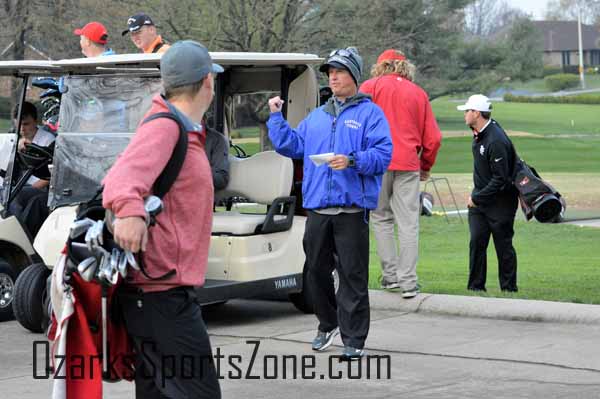 Catron was equally happy with the performance gathered in by his Tigers to claim this year’s COC Large conference title.

“I knew the tournament would be a test for us today,” said Catron. “Most all of the teams in our conference have experienced success this year and are capable of winning on any given day. But our kids have been working very hard this year so I was really pleased to see them pick up the win today.”

The Carl Junction Bulldogs will be hosting the Class 3, District 6 tournament on Monday. Although the field looks to be extremely tough Thursday’s runner up finish has to be encouraging for the Dogs.

“This is one of the best efforts our kids have had all year. Our consistency was especially good and our kids seem to be peaking at just the right time,” said Bulldog head coach Ryan Jones. “Our district tournament is going to be tough this year, it’s loaded with some of the best talent in the state. But we’re going to give it our best shot.”

The Ozark Tigers, who just missed out on a trophy, will now regroup for their upcoming district meet.

“We had hoped to compete for the conference championship today but things didn’t work out for us. But I’m still very proud of all my golfers, especially Kelby Day who carded an 83 to finish third overall,” said tournament director and head Ozark coach Justin Peery. “Now we’ll be setting our sights on our district tournament in Camdenton next week. Hopefully we’ll get the job done there and advance on to sectionals.” 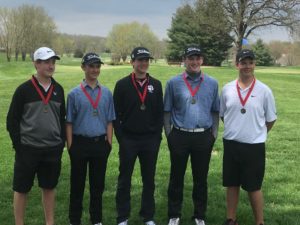 The Willard Tigers finished fifth on the day but earned the distinction of seeing one of its members, Greg Mitchals, claim top medalist honors. Mitchals recorded a five over par round of 76.

“I had some problems on the front nine but played better on the backside and was finally able to put things together over the last few holes,” Mitchals said in assessing his day’s round of 40-36 for a tournament low of 76. “But the best thing I did today was just to find a way to get the ball in the hole when I needed to.”

Carthage will be in Willard next week to compete in their district tournament.

Thank you to all of players that competed CMGA 6-6-6 event yesterday. We had 52 players. A great turnout for the second CMGA event of the year. The weather looked very suspect but held off much of the day. The last few groups had some light showers for a few holes but nothing too bad to play in.

Congratulations to all of the winners.  Full results with all holes cores can viewed HERE!

A special thank you to all of the new players in the event. We are happy to have you participating in the CMGA events!

Skins / Closest to the Pin Winners! 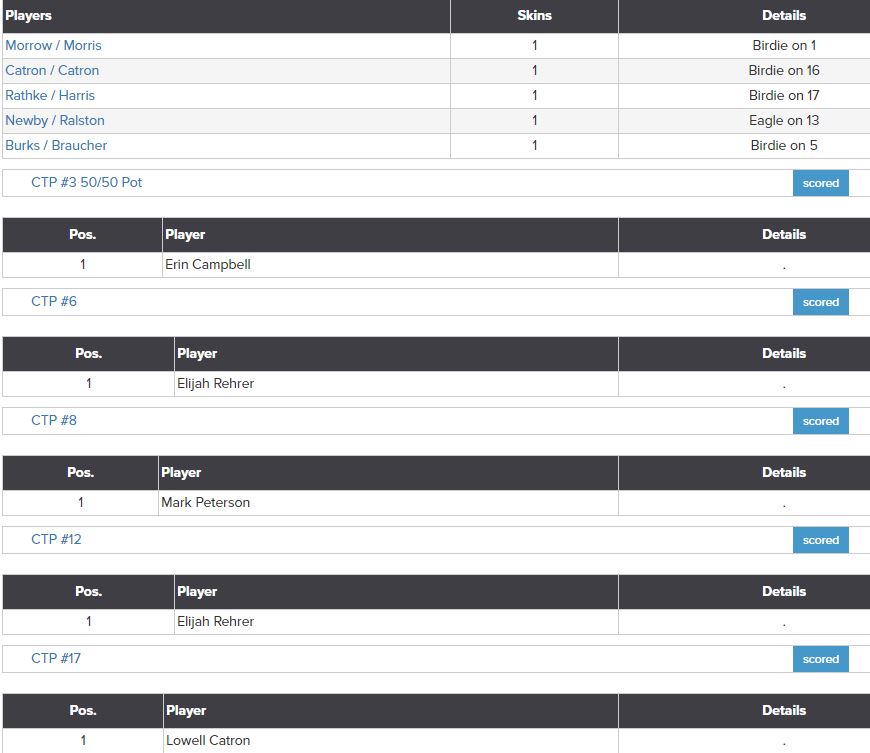