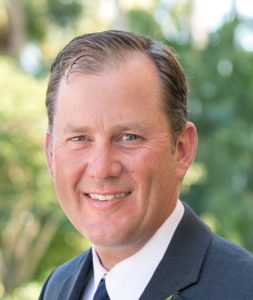 Mark Peterson, PGA – Mark is the PGA Head Professional at Carthage Golf Course. Mark has been a top-tier instructor in the Midwest Section PGA for many years. 2020 will be Mark’s 27th year as a Class A PGA Professional. Mark’s professional career began in 1989 as an Assistant Golf Professional at Grandview Golf Course (currently Bill and Payne Stewart Golf Course) in Springfield, Missouri. Mark worked under PGA Professional Dorl Sweet and Top 100 PGA Teaching Professional Rick Grayson. Mark spent those formative years working with two of the best instructors in the golf world.  The 7 years in Springfield were spent teaching and coaching golfers of all abilities. Mark played a diverse professional event schedule during those years as well, competing in PGA Section events along with the various developmental tour events that came through the four state area.   Mark moved on to be the PGA Head Professional at Carthage Golf Course in 1996.  Mark Continues to be an active PGA Instructor in our golf market. Mark works hard to continually improve his teaching skills by attending and interacting in various PGA Teaching and Coaching seminars. Mark uses modern technology to help his students understand their golf swing and to help them improve at a fair pace. FlightScope launch monitors, up to date video applications and various teaching aids are all part of the technology used to help students perform better. Mark works alongside many other PGA Members in the Midwest Section giving his time and teaching skills to junior golf and growing the game.

You may email Mark at m.peterson@carthagemo.gov

Tyler Markham is the Assistant Golf Professional at Carthage Golf Course. Tyler grew up in Carl Junction Missouri and started his golf career at a young age. He received lessons from golf coach, Ryan Jones, and Rick Grayson while playing competitively in High School. He was a 3-year varsity player for Carl Junction as well as a 2-time state qualifier. While in high school, Tyler worked as an attendant for Briarbrook Golf Course taking on a wide variety of jobs. After graduating, Tyler started working in the Pro Shop at Briarbrook Golf Course, taking on the roll as Assistant Golf Professional. In May of 2019 Tyler became the Assistant Golf Professional at Carthage Golf Course. Aside from daily tasks managing play and tournaments, Tyler provides lessons and club fittings. He believes proper instruction with key fundamentals as well as being fit for correctly is the beginning to becoming a complete golfer. Tyler’s experience includes working alongside Titleist, Ping, and Callaway technicians to further his education with product knowledge and club fitting. Tyler continually works to improve his teaching skills with Carthage Golf Course PGA Professional, Mark Peterson, and PGA Teaching Professional Taylor Griffith. Tyler is beginning the process of working through the PGA of America’s Professional Golf Management Program. Stop by the pro shop and visit with Tyler for all of your golf needs.

You may email Tyler at t.markham@carthagemo.gov 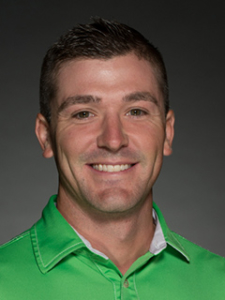 Taylor Griffith was born and raised in Carthage, MO. As a child, Taylor spent all of his time at the golf course, practicing, playing, and learning from anyone that would entertain his questions. As Taylor got older, he began entering junior tournaments and quickly realized that his love for the game extended beyond casual weekend rounds. As a sophomore in high school, Taylor qualified for the varsity golf team, and by his senior year their team won the conference and district tournaments and took 2nd at the state championship. Following high school Taylor signed to play golf at Southern Nazarene University, qualifying for the NAIA national championship in 2008, and then transferred to Missouri Southern State University for his final two years of college eligibility.

Following college, Taylor worked at Twin Hills Golf & Country Club in Joplin, MO, as the assistant golf professional for six years. There he began giving golf lessons and learned under the supervision of PGA Professional Doug Adams. Throughout his career, Taylor also received golf lessons and learned about golf instruction from Lowell Catron, high school golf coach, Mark Peterson, PGA, Rick Grayson, PGA, and Rick Neal, PGA. In 2016, after four years of hard work, Taylor was elected to the PGA of America as a Class A PGA member. Later that year Taylor accomplished a life-long dream and qualified for the 2017 PGA Professional Championship.

For the last two years, Taylor has been traveling the country and playing full-time professional golf. In addition to his playing career, Taylor is excited to partner with Carthage Golf Course as their new teaching professional. Griff’s Golf Academy will offer personalized golf instruction in a modern and unique way. The experience that Taylor has gained as a successful high school and college athlete, as well as a full-time playing professional, will be invaluable to students of all playing levels.